The Colonial Park Fire Company is located in Lower Paxton Township in the south central portion of Dauphin County, Pennsylvania, is one of the fastest growing townships in the state.  Lower Paxton Township is the 4th largest township in the state and the 13th largest municipality, boasting a population of 53,501 residents as of the 2020 US Census. The City of Harrisburg, the state’s capital, is about four miles to the southwest of us.

The Colonial Park Fire Company covers an area of approximately 11 square miles and 20,000 residents. Our response area consists of two large shopping complexes, six schools, five assisted living facilities, a large hospital and numerous strip malls. We also have three major roadways that run through Colonial Park; The Capital Beltway (Interstate 81 and 83) and US route 22; bringing commuters to and from our response district. The remainder of our area is primarily residential with one large industrial complex and several light industrial parks. The Colonial Park Fire Company is a group of dedicated professional volunteers committed to serving the community of Lower Paxton Township by protecting life, property and the environment through prevention, education and the providing of fire protection service. The Paxtonia and Linglestown Fire Companies cover the remaining area of the 28 square miles and estimated 45,000 residents of the township. 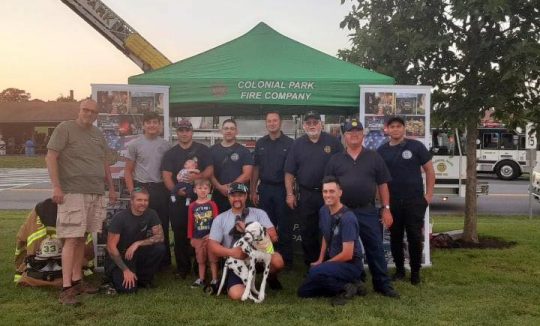